SB 1029 Passes Senate
Yes! SB 1029 — Senator McGuire’s Great Redwood Trail Act —  has passed the California Senate, and been introduced in the State Assembly. Let’s keep our fingers crossed that it sails as smoothly through the Assembly!

Bike Lane Obstruction of the Week
How many trash cans can block a bike lane? Local “scientists” on Bayview drive are conducting an experiment. 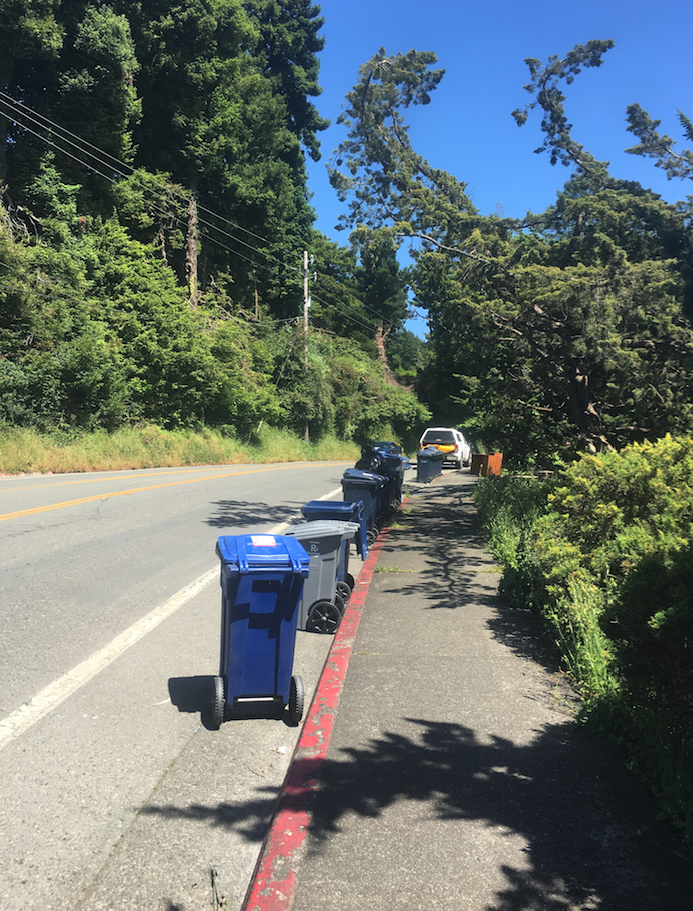 Bikelanes are for Cars
Interesting piece at Seattle Bikeblog

National Democrats are for Cheap Gas
Despite the fact that it’s horrible for the planet.

“The Village” on June 6 City Council Agenda
Here at the CRTP, we have advocated for increasing the housing supply on the North Coast as a way of tackling the housing affordability crisis. The Arcata city council is set to discuss ”The Village” — a potential 700 bed project that could go a long way to supplying students with more housing options.